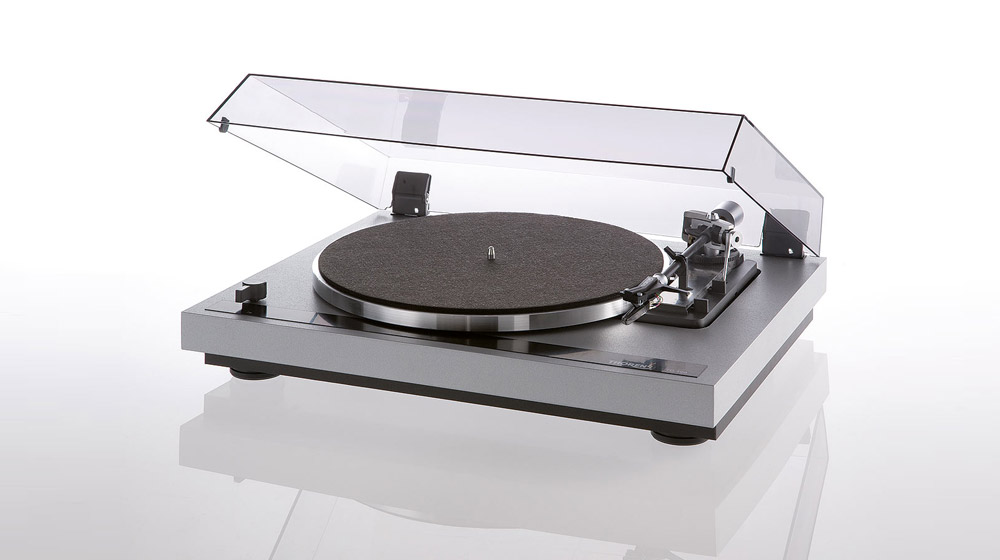 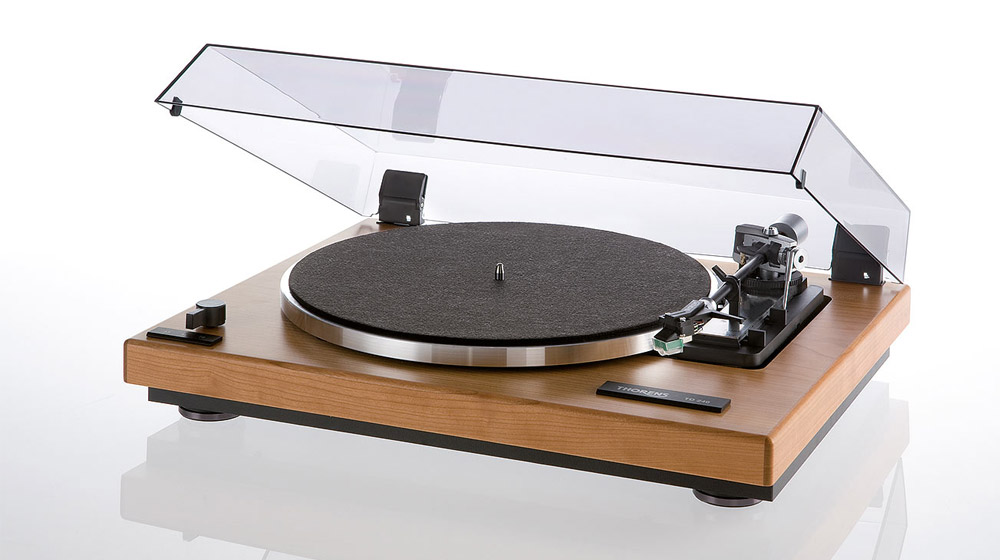 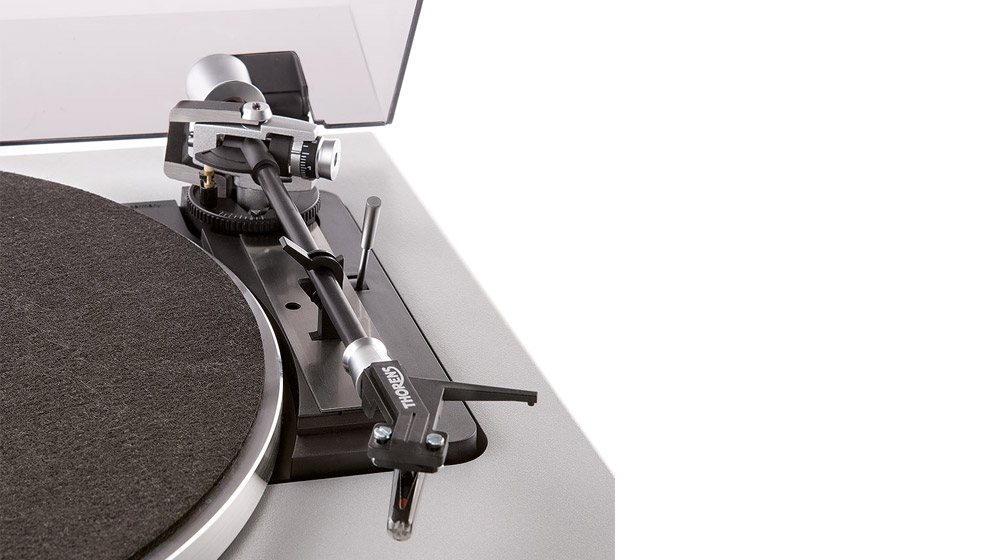 Gimbal mounting: The entire assembly is mounted on a non-warping aluminium frame. This precision bearing technology rests in ball races by means of hardened and polished steel needles. The same technology can also be found in navigation instruments (gyro) employed in aerospace.

Counterweight: The counterweight includes a damper bush to decouple it from the arm tube to reduce colouration.

Headshell: The headshell is manufactured from high-grade synthetic materials reinforced by carbon fibre for extreme stiffness and rigidity.

Tracking force: After having achieved total equilibrium of the tone arm, tracking force is adjusted by means of a precision torsion spring. Its force is always the same with respect to magnitude and direction. It therefore does not matter if the record player is no totally level.

Anti-skating (bias): Bias is individually adjustable via a scale.

Owing to its electronically controlled start-up procedure the extremely silent AC synchronous motor will drive the platter to the selected speed within no time. For making signal connections the TD 550 has been equipped with balanced (XLR) as well as unbalanced (RCA) output jacks.